The history of the Andergassen family

A document of 1419 in the parish archive of Caldaro mentions the family name Andergassen for the first time. In the Latin document, he is specified as a being neighbour of a particular property. "Petrus an der Gassen de superiori Planiez". The man named Peter "an der Gassen", literally on the alley, was without a doubt the owner of the homonymous farm next to the church in the now district of Caldaro, Pianizza di Sopra, which gave its name to dynasty that has spread to everywhere since then.

First records of the Andergassen family.

At the end of the 19th century, Anton Andergassen moves to a farmhouse in Pianizza di Sopra with his wife and 12 children. They live on viticulture, corn growing and livestock farming.

In 1924, the Steflhof in Caldaro is acquired and handed over to the four children Anton, Eduard, Rosa and Amalie. The farmhouse dates back to 1750 and has always had a turbulent history. Since the house is very large, rooms on the second floor are rented already 100 years ago. Among others, various aunts, a family doctor, a pharmacist and a teacher lived in the house. In the attic of the Steflhof, an old smokehouse was used until the 80s before it was finally converted into living space.

In 1954, Eduard takes over the commercial activities at the Steflhof and consequently his father transfers the farm to him. Eduard has four girls: Paula, Anna, Midl, Martha and a son, Walter. In the following period, the farm and its owners live on wine, fruit and corn growing as well as cattle and pig breeding.

Walter later takes over the farm and in 1965 he is one of the first in Caldaro to vinificate his own grapes and market them autonomously. In addition to wines, fruit in the area called Palude di Caldaro or Kalterer Moos and beet as animal food are grown. The marc resulting from the winemaking is distilled to Schnapps in the old laundry room in the wine cellar and served to the guests coming in great numbers.

Walter's son Georg has been running the Steflhof winery with his wife and children since 1996. 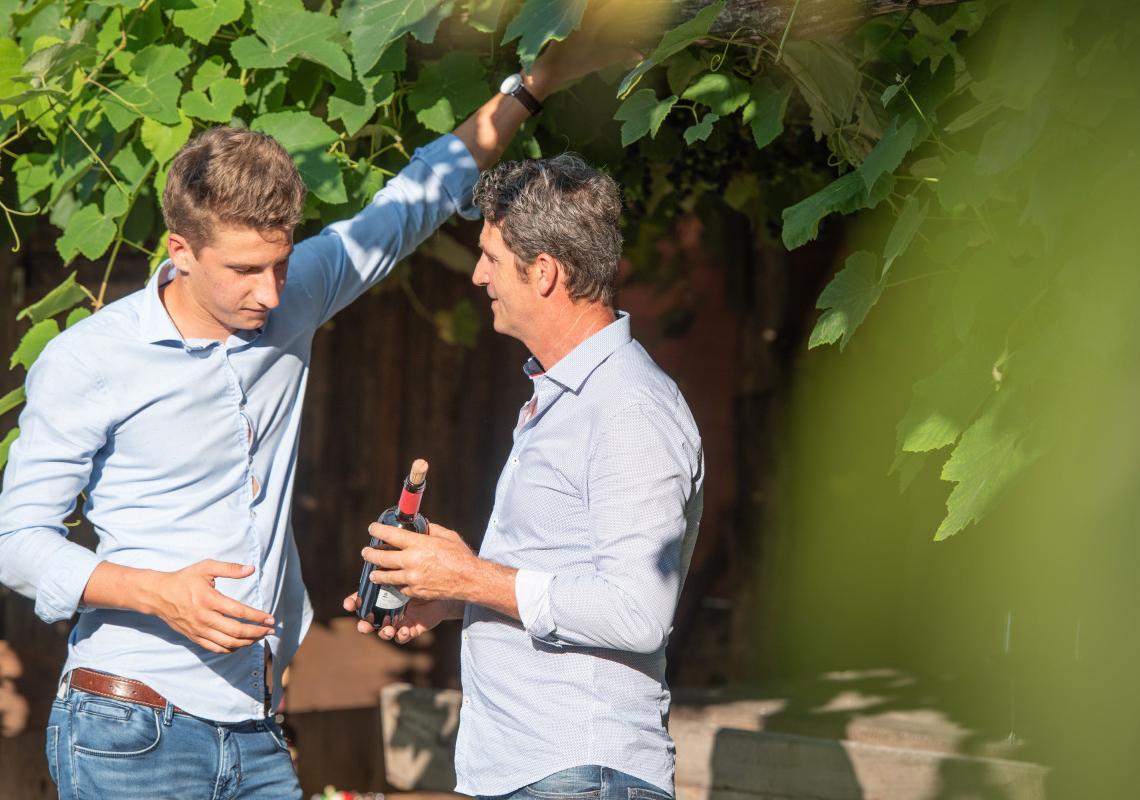